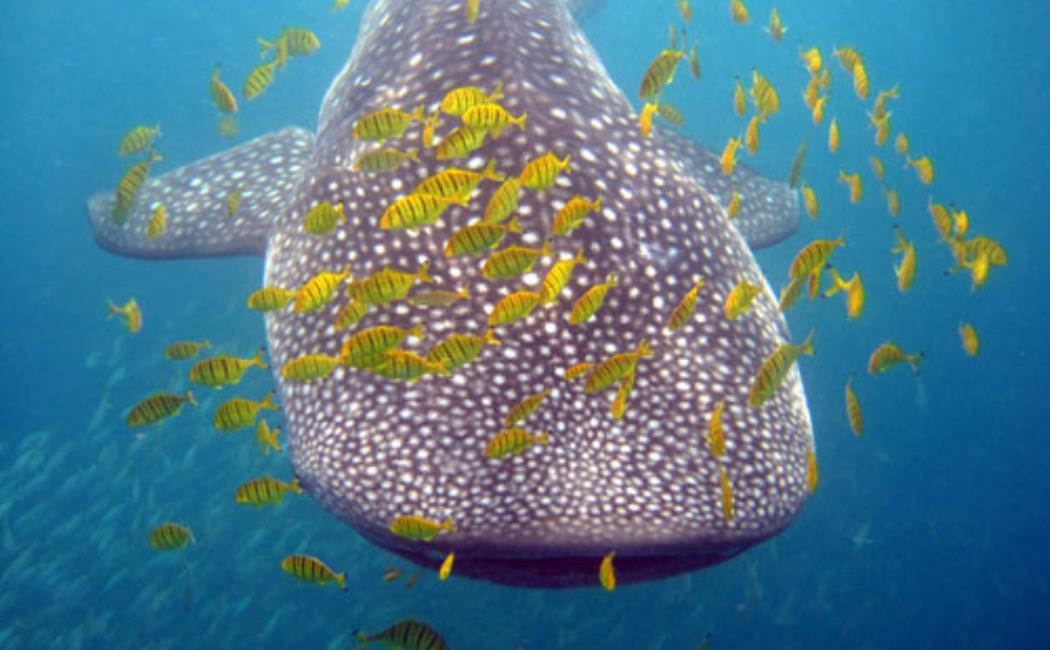 Movement ecology can be studied at several scales, each with their own conservation implications and applications. Our lab focuses on work in the following general areas:

The largest spatial scales of connectivity and movement ecology include long-distance movements and migrations. In fishes, these movements tend to be made by larger animals such as sharks and tunas. Special equipment must be used to track animal movements at this “seascape” scale.
Our lab has a general interest in large-scale movements of large sharks, and we collaborate with colleagues on projects in the US, France, and New Caledonia to look at the movements of several species of sharks. In the Saudi Arabian Red Sea, we have recently identified a previously unknown ‘hotspot’ for whale sharks, the world’s largest fish. We are studying whale sharks at this location to determine the population demographics of the sharks visiting this site, site fidelity of the sharks, and potential connections with populations outside of the Red Sea. The biology and ecology of the species as a whole is poorly understood, and our project is using several state-of-the art techniques to add to the collective knowledge about whale sharks. Notably, the Saudi Arabian 'hotspot' is the only one known in the world where sex ratio of individuals is approximately 1:1. Like many other aggregation sites, the sharks are sexually immature juveniles (< 6m total length).

Many of the sharks we have seen since March 2009 were tagged with satellite tags and acoustic tags. The acoustic tags give us high-resolution data when tagged sharks are present near our study site and the satellite tags give us larger-scale position information, so we can see if these sharks travel within the Red Sea or if some of them move into the Indian Ocean. To date, we have tagged well over 100 whale sharks, arguably making this one of the world's largest shark tagging projects. 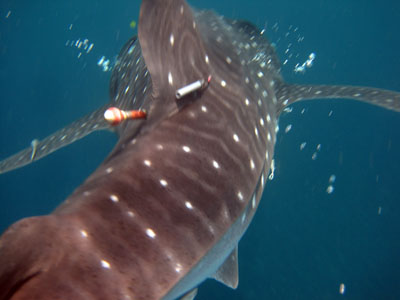 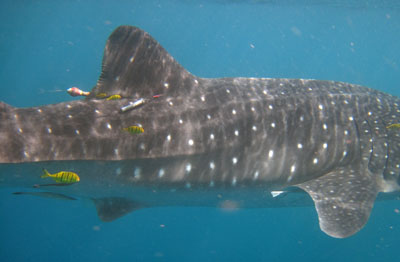 On a smaller scale, we use acoustic tagging to monitor movements of adult reef fish within and between coral reef habitat patches. We include commercially important species in the region, such as groupers and snappers, as well as functionally important species such as surgeonfishes and parrotfishes. Arrays of acoustic receivers (nearly 70) have been established around reefs near Al-Lith and over 400 fish from nearly 40 species have been surgically implanted with acoustic tags. Our aim is to compare movement rates across these species and determine home ranges and seasonal or diurnal behavioural patterns for individual species.

Knowing how far adult fish move within and among reefs is critical for designing effective marine protected areas for managing fisheries and conserving reef health and function. 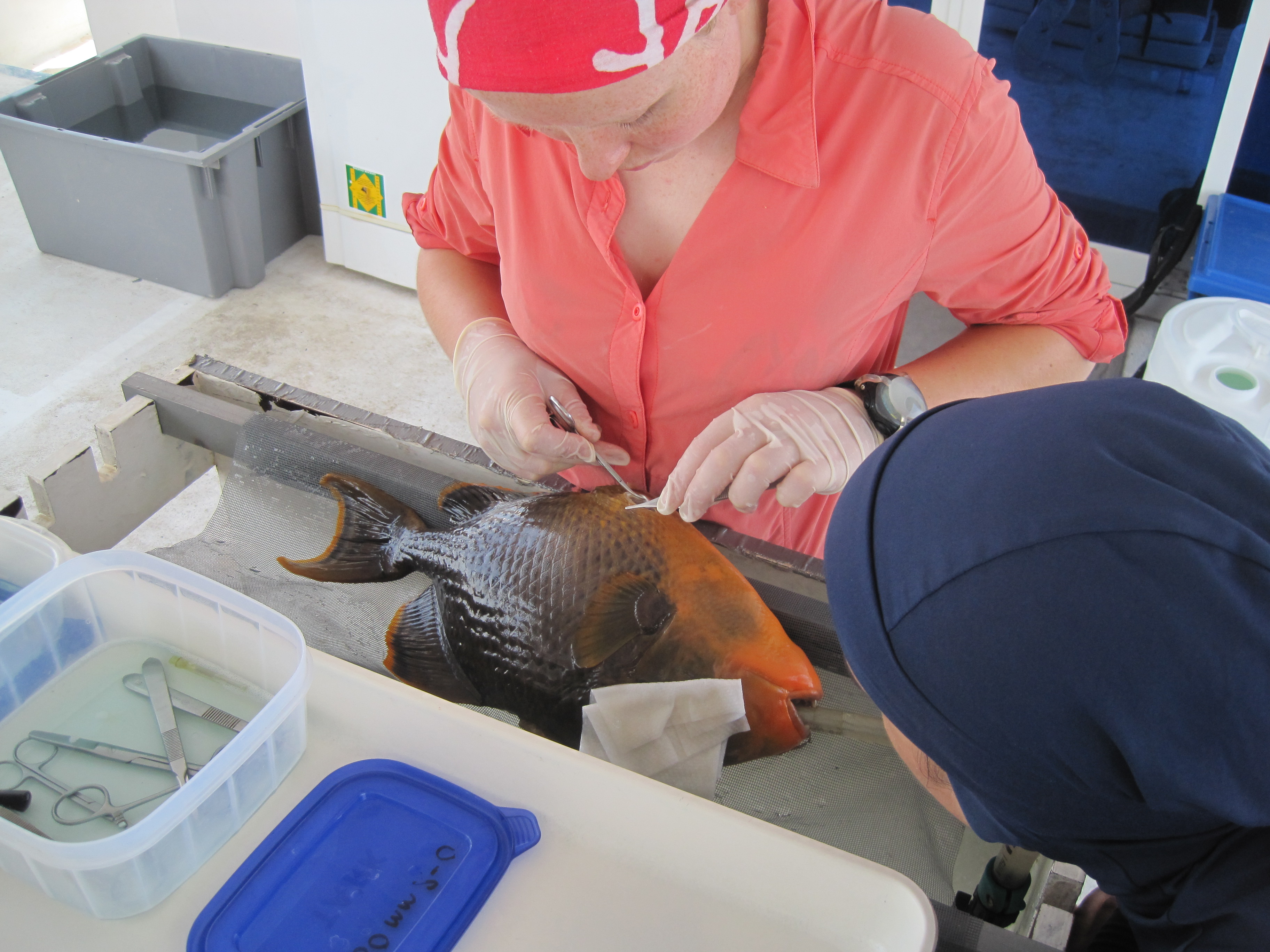 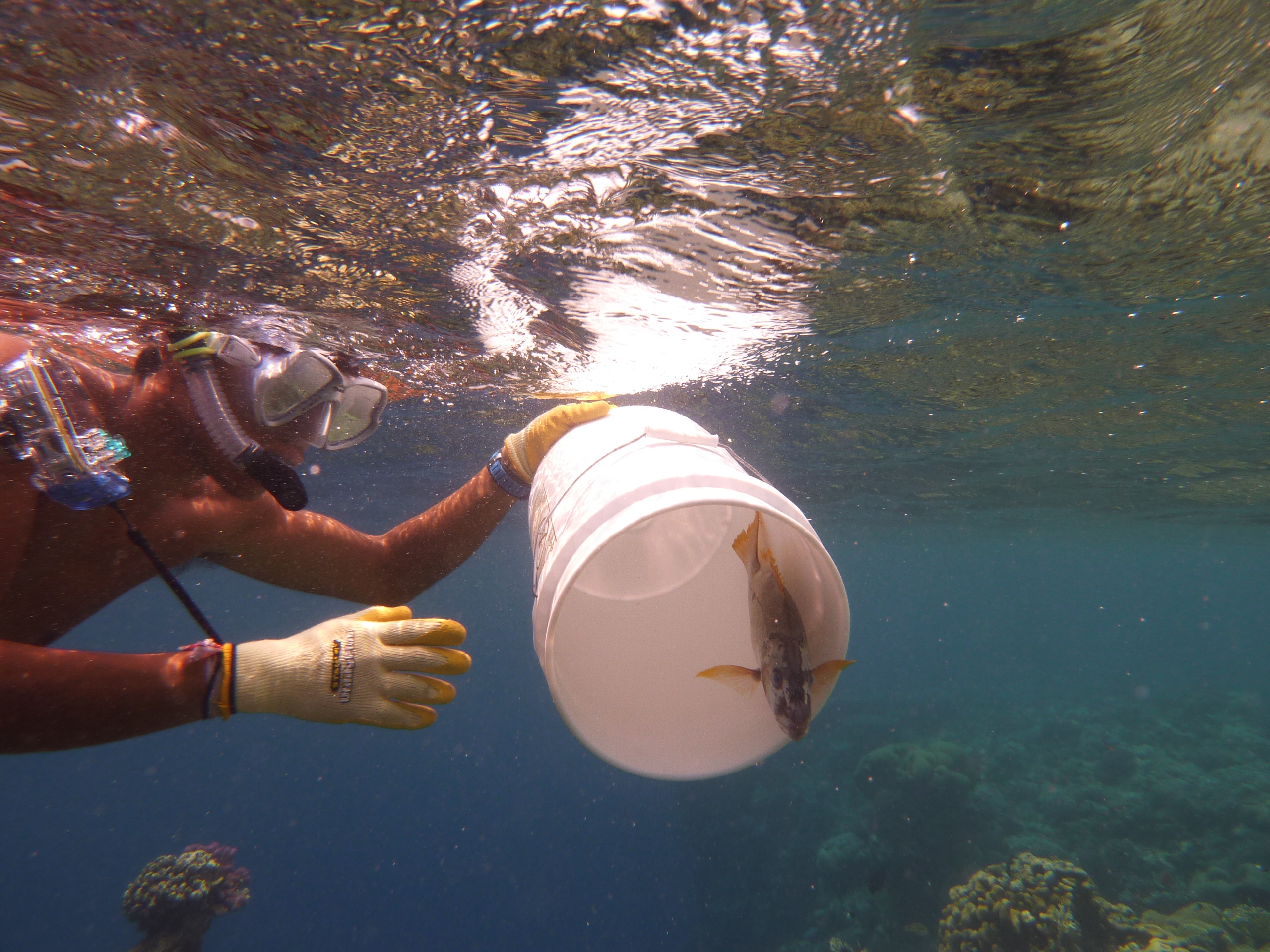 While the above work addresses connectivity with respect to adult fish movements, another critical component of connectivity is the dispersal patterns of pelagic larvae, particularly for management applications. Empirical measurements of dispersal and larval connectivity have been extremely limited or non-existent in most areas due to the many challenges associated with working with pelagic-spawned eggs and larvae. Our lab is involved in pioneering techniques to track larval dispersal over ecologically significant scales. Among the techniques we use are the analysis of natural signatures in otoliths, tracking larvae via maternal transmission of chemical tags, genetic parentage analysis to match individual larvae with specific parents, and population genetics to estimate connectivity among populations. 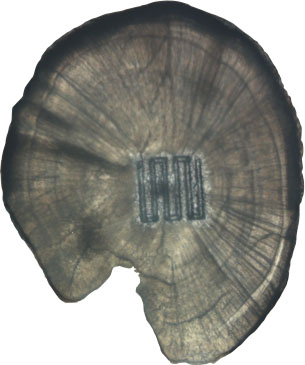 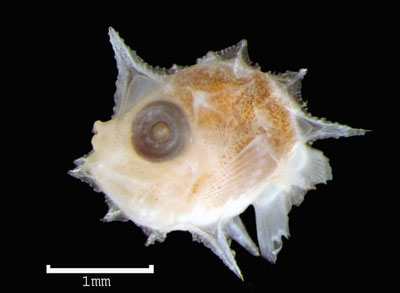 The Connectivity of Amphiprion bicinctus in the Saudi Arabian Red Sea

Demographic connectivity is a key factor determining the persistence, replenishment, and resilience of marine metapopulations and a vital consideration for Marine Protected Area design. Patterns of gene flow in most coral reef fishes are dictated by the amount of larval exchange among relatively sedentary adult populations. We use hypervariable molecular markers to study the genetic population structure of the two-band anemonefish (Amphiprion bicinctus) along the Saudi Arabian coast of the Red Sea. This large-scale approach facilitates inferences about the levels of evolutionary connectivity between local subpopulations on a basin-wide scale. In collaboration with the University of Cambridge, UK, and the division of Applied Mathematics and Computational Sciences, KAUST, we aim to integrate our genetic data set with the predictions of a spatially explicit genetic framework informed by a three-dimensional model of oceanographic currents. This approach will not only provide the means to study the effects of physical oceanography on patterns of larval dispersal, but will also enable us to infer certain aspects of larval behavior (e.g. vertical migration) that have historically been difficult to directly examine in the field.
In addition to this basin-wide population genetic assessment, we use parentage analysis to obtain direct estimates of larval dispersal in A. bicinctus on a local scale (10s of km). These empirical estimates will be integrated with a physical advection model in an attempt to “ground-truth” the effectiveness of biophysical dispersal models for coral reef fishes. Overlaying realized dispersal patterns with model predictions (driven by real-time climatology) will facilitate reverse assembly and fine-tuning of model parameters, enabling us to answer questions about the relative effect of ocean currents versus the capacity of larval behavior on patterns of larval dispersal. 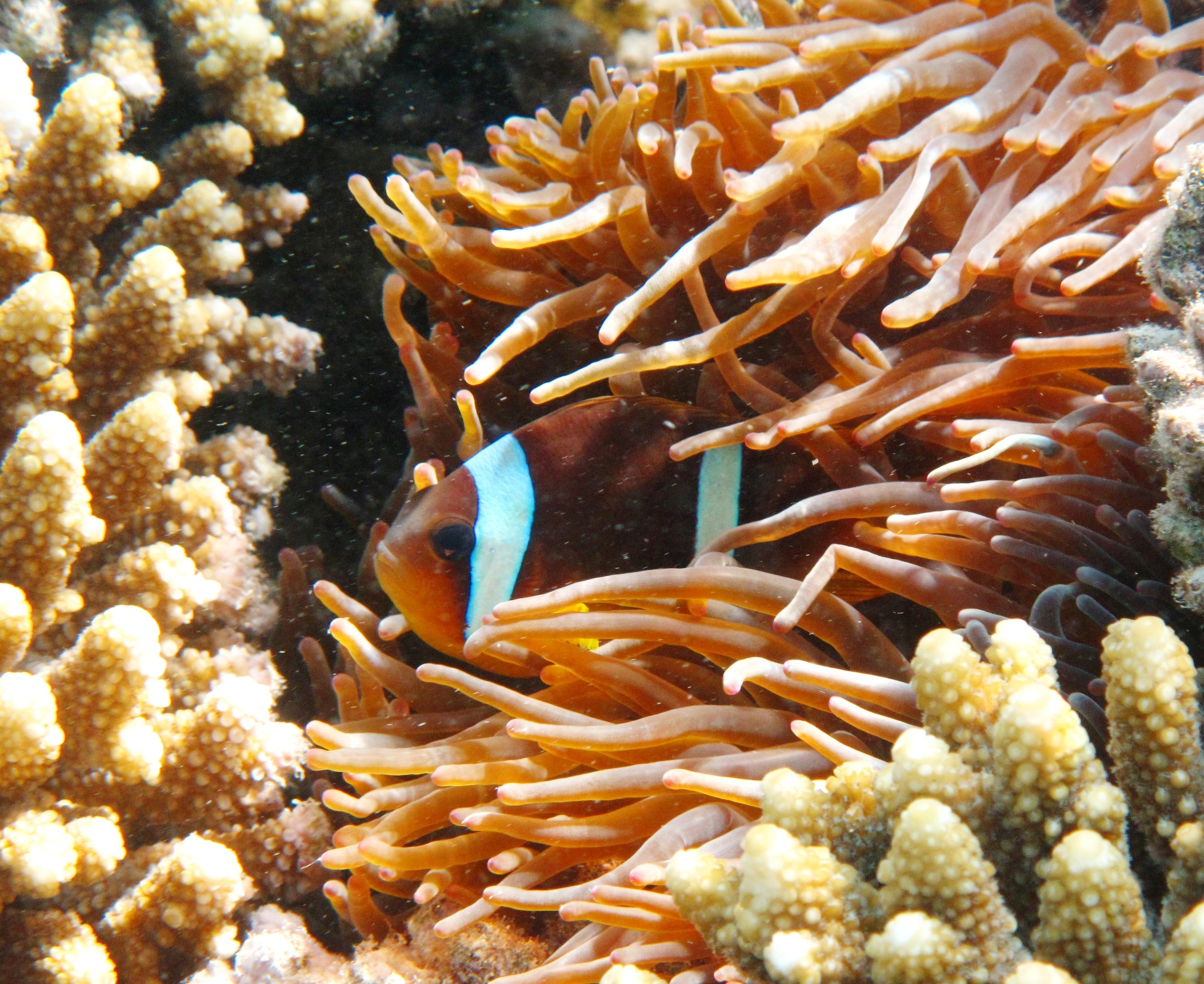